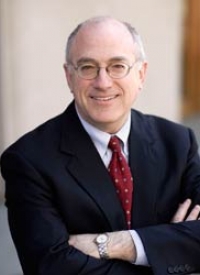 Professor Kurtzer, former US Ambassador to Israel and Egypt, to lead an informal discussion of policy challenges for the United States in the Middle East. 7-8 a.m. at Residence Inn, 80 B St, Needham.

Daniel C. Kurtzer is the S.Daniel Abraham Professor of Middle East policy studies at the  Woodrow Wilson School of Public and International Affairs. Following a 29-year career in the U.S. Foreign Service, Kurtzer retired in 2005 with the rank of Career-Minister. From 2001-2005 he served as the United States Ambassador to Israel and from 1997-2001 as the United States Ambassador to Egypt.

Please note that Professor Kurtzer must leave at 8:00. Participants will be welcome to continue the conversation. Coffee will be served. Breakfast is available afterwards for purchase from the hotel's buffet.

Throughout his career, Amb. Kurtzer was instrumental in formulating and executing U.S. policy toward the Middle East peace process.  Governor Chris Christie has appointed Kurtzer to serve on the New Jersey-Israel State Commission. Previously, Kurtzer served as an advisor to the bipartisan Iraq Study Group, and as a member of the Advisory Council of the American Bar Association's Middle East Rule of Law Initiative. In 2007, he was named as the first Commissioner of the professional Israel Baseball League. He is the co-author of Negotiating Arab-Israeli Peace: American Leadership in the Middle East; co-author of The Peace Puzzle: America’s Quest for Arab-Israeli Peace, 1989-2011; and editor of Pathways to Peace: America and the Arab-Israeli Conflict. Ph.D. Columbia University.

Reserve your seat at the table today; $10.